Atlanta Fox Theatre Manager Allen Vella (below, blue) made $633,548 in 2018, a raise of $51,000 from the previous year.  His assistant Adino Alford (red) received a raise of $88,845, bringing her annual compensation near the $300,000 mark.  More than half of the Fox manager's income is derived from bonuses based on a percentage of the Fox Theatre's earnings.  The total earnings for those listed below is $2.12 million. 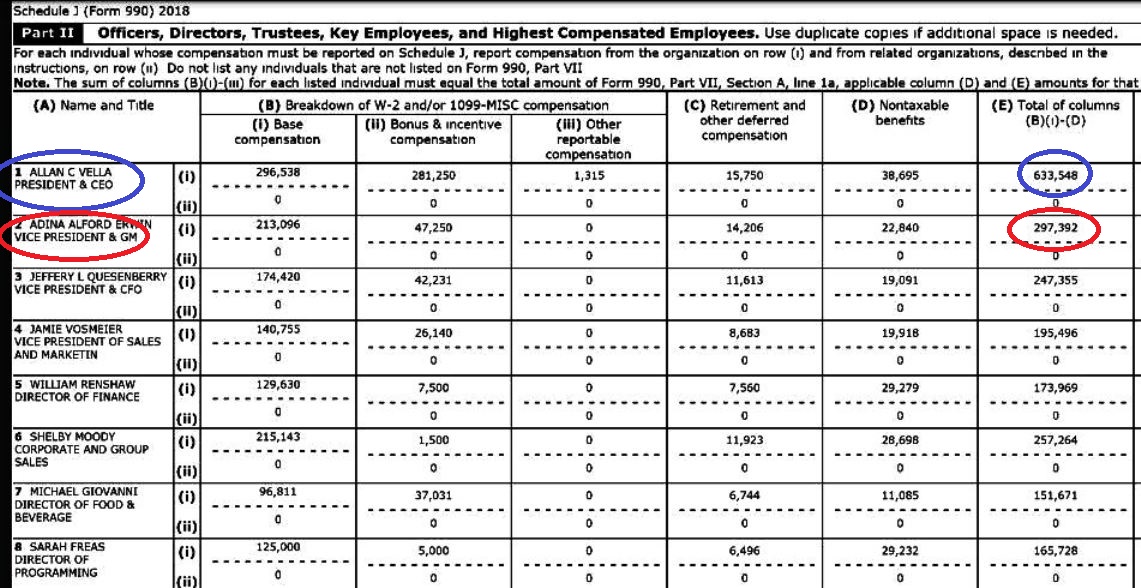 "TO PRESERVE, RESTORE, AND MAINTAIN"
The Fox Theatre is granted non-profit, tax-exempt status by virtue of their stated purpose, and with assets of $81 million, the Fox can afford to restore.  Yet in February 2020, the Fox announced that they would not spend the money to restore the Moller organ console to original condition; instead, they chose to replace its unique electro-pneumatic controls with a computer.  This act runs contrary to the Fox' stated purpose, as defined in their corporate bylaws.

In direct contravention of their stated purpose, the Fox altered the building itself to create the "Marquee Club" situated on the roof of the Arcade.  Patron convenience was slept aside when the Fox demolished half of the public bathrooms serving the orchestra level to make way for the private club's street entry.  These restrooms had been carved out of a retail store in 1987 by the late Joe Patten, the man whose apartment they have converted to offices after their unsuccessful and illegal efforts to evict him. 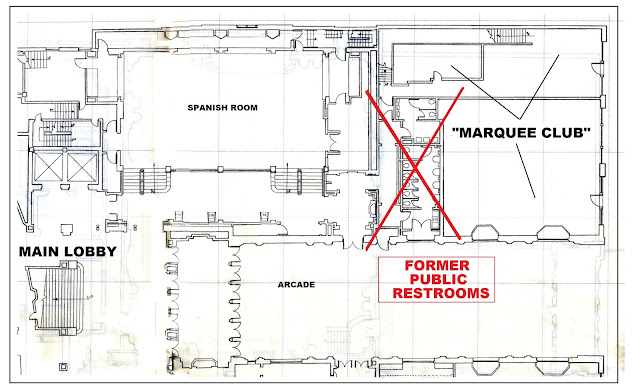 Every ticket price includes a $3.50 "restoration" donation.  Where does your donation go?  To "not restore" the Fox?   To subsidize outrageous manager's salaries?  To build a VIP club which costs $6000 a year to join?

Why not file a complaint with the IRS?  It's as easy as ABC.  Here is the very simple one-page form, which can be emailed. 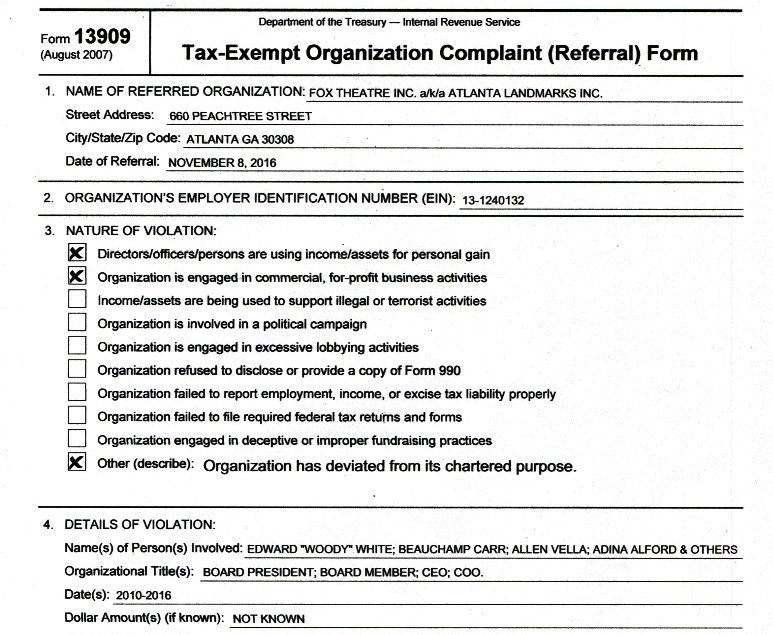