ELVIS at the ATLANTA FOX THEATRE

1956 was the break-through year for the 21-year old Elvis Presley who was regarded as stunningly beautiful, as well as talented, in a whole new genre of his own creation.  Here he radiates boyish charm in a publicity shot for his September, 1956 "Ed Sullivan Show" appearance, a live telecast on the Columbia Broadcasting System. 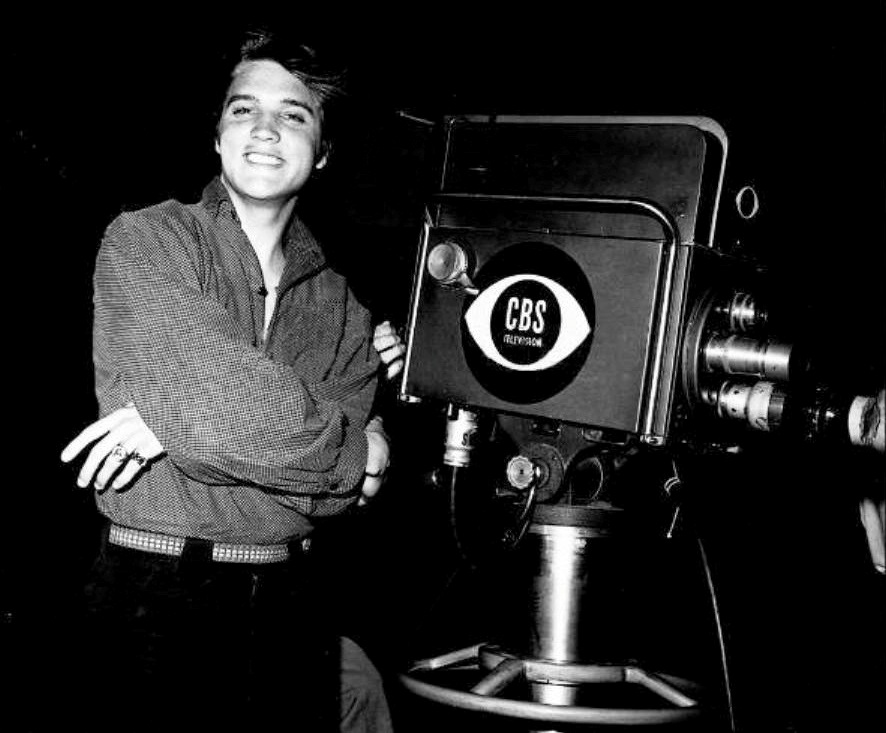 Elvis appeared at The Atlanta Fox (then a first-run Picture Palace) on March 14th and 15th, 1956, photo courtesy Janice McDonald. 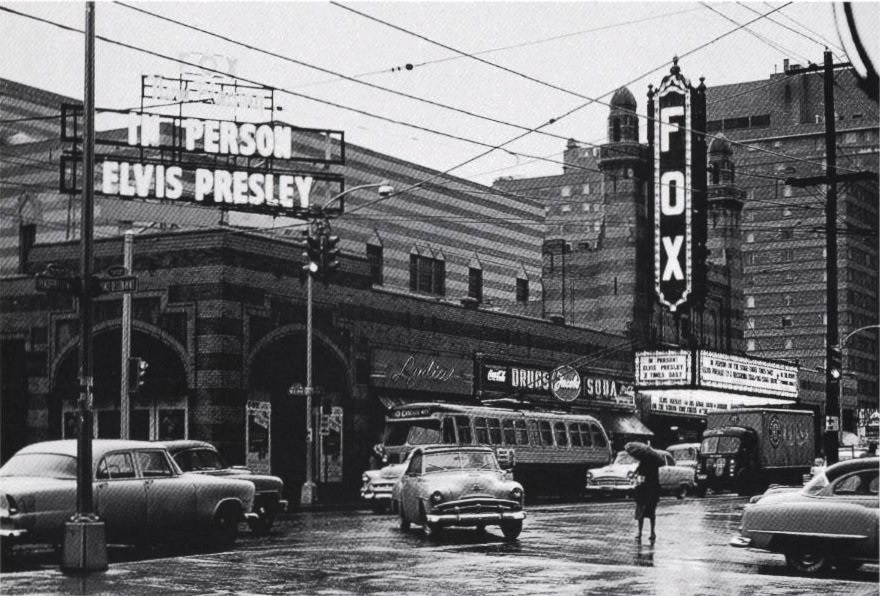 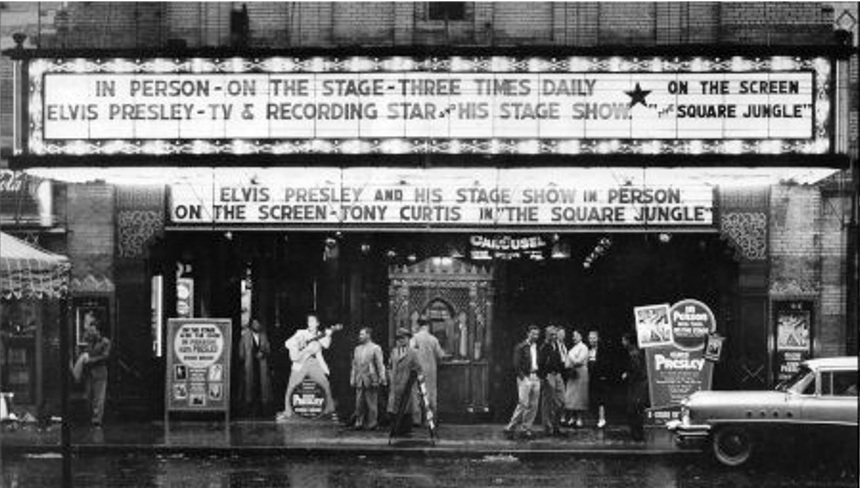 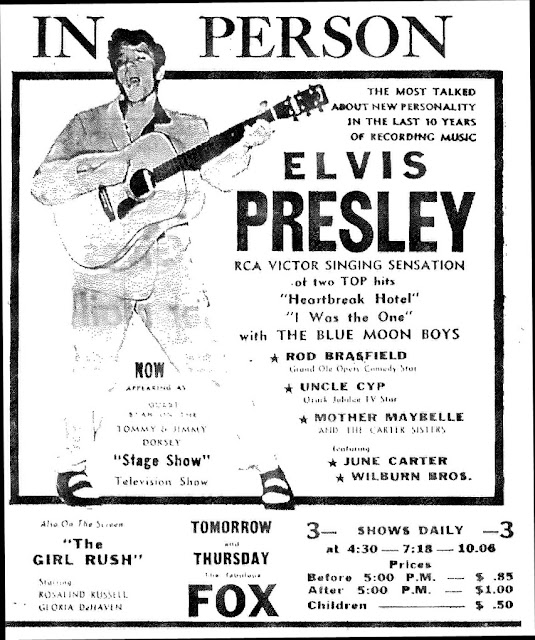 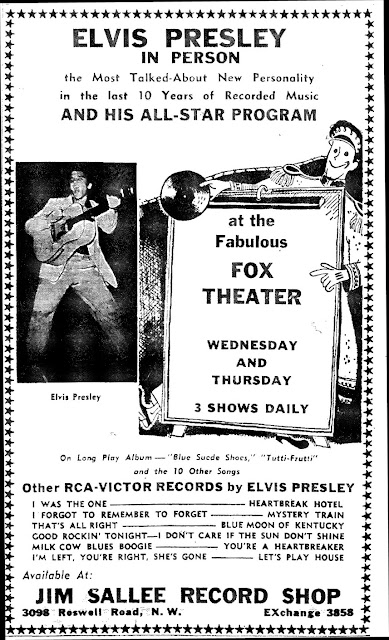 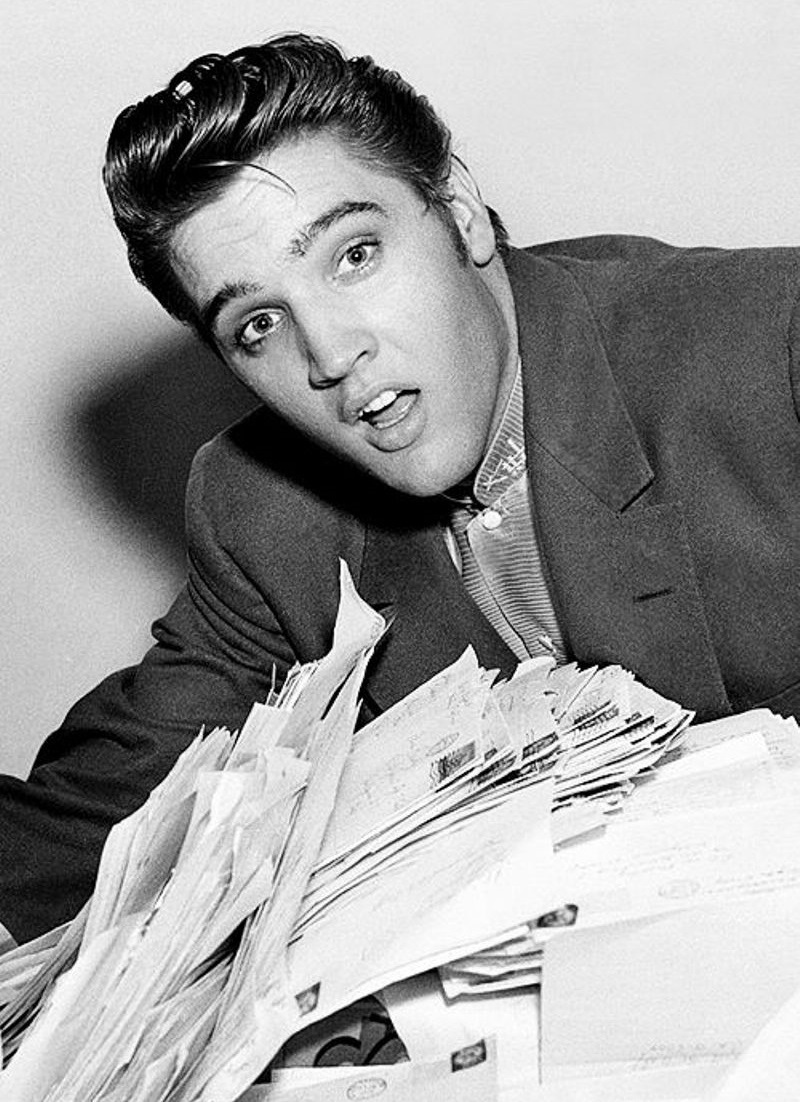 Less than three months after Elvis played The Fox, he returned to town (on June 22nd, 1956) to play The Paramount , located downtown next to the Loew's Grand. 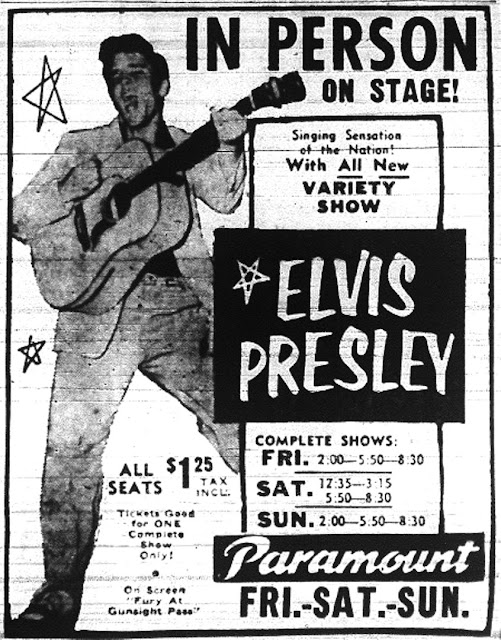 The Paramount was the first Atlanta  Movie Palace to be demolished, shown here after the final curtain in July, 1960. 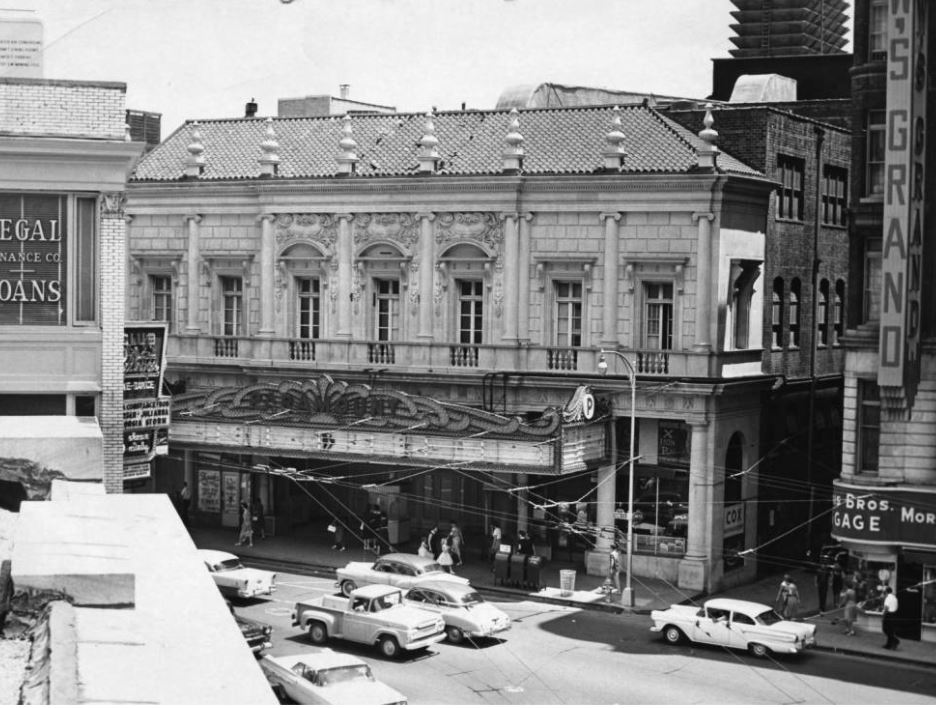 To read more at Scotty's Moore's website, click here.  Moore was Elvis' guitarist, and he passed away in 2016.